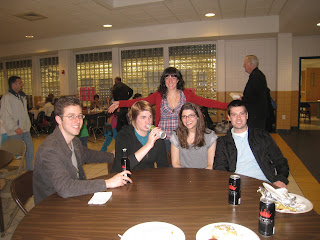 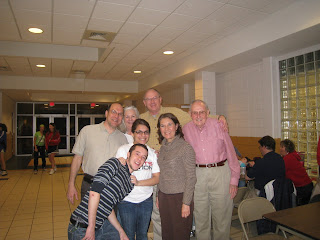 After a huge upset in the voting process last week, St. Margaret Mary Alacoque came out on top. So I, being a democrat and dedicated to the no-meat cause, reluctantly drove the more than 20 minutes out of the way to test out the fish fry that all the “Oakvillians” rave about. And luckily, it lived up to my high expectations.

SMMA’s menu is diverse and almost everything I tasted was top notch. Word of advice, go for the “cod chunks” instead of the cod patty (patty was formerly frozen and a little bland). The spaghetti was good (for meatless spaghetti) and the chilled green bean salad was to die for. Dessert was tasty (as all dessert is), but be sure to pick it up with your meal, otherwise they may run out by the time you finish your meal.

In general, the parishioners were very friendly and welcoming. That is, unless one dared to make a trip to the bar. A few of my friends (who are in their mid twenties) were heavily hassled by a couple rude bartenders who were convinced they were underage kids trying to scam beer from a fish fry. Obviously, the bartenders didn’t know they were messing with friends of the fish fry master.

Overall, it was an above average fry…just don’t forget to bring your ID.

Photos from top:
Me and some of my devoted followers
A small fraction of the Goedeker's and Paradowski's
Posted by aka "The Fish Fry Master" at 9:35 PM